Does anyone remember what Obama SAID he was going to do?

… and what Boehner said as well?

This is pathetic. I hope the rest of the Democrats show some guts and pull this down. Of course, that’s not likely to happen.

Comments Off on Does anyone remember what Obama SAID he was going to do?

Just finished walking my dogs out in the cold… So what did I pick for Today’s Zappadan post?
Why, YELLOW SNOW… what else?

(Watch out where the huskies go… and REMEMBER PEARL HARBOR… 69 years ago today.)

Comments Off on A Zappadan Evening Treat…

Let’s Hear It For Bernie Sanders…

At this point, I think Obama has kissed Democrats goodbye…

As of this morning it seems that Obama is ready to deal with the Right… extend the Bush tax cuts for a couple of years in exchange for one year’s extension of Unemployment funding. The tax cut deal is tentative. It hasn’t gone through Congress yet (although McConnell is probably dribbling with laughter in his office), but it probably will.

which will not increase job creation much, but will add at least a trillion new bucks to the deficit…we know it’s a lot of money.  And who is going to lend it to us? The Chinese? Are we going to listen to Obama’s financial team that extending tax cuts are going to get us out of recession?

And now we won’t be able to blame this crap on Bush anymore. Obama owns it and is most likely making himself a one-term President. And a lot of very unhappy Democrats like me will probably help him to become a one-termer. As Joe Scarborough just said: “At least they can’t call him a Socialist any more.”

I think it is up to Nancy Pelosi (certainly not Harry Reid) to try to hold this arrangement off… and, as I have said before, it would be better to have this whole arrangement with the Right flushed down the toilet and get NO tax cut extensions for ANYONE, than to do anything like what is coming out of the White House. (Steny Hoyer, however, will go along with it… miserable power seeker… and will undermine Pelosi.)

So now we have to pay for increased troops in Afghanistan where we are getting nowhere even faster than before, we have to suffer increasing rather than decreasing unemployment making our tax revenues even lower, and we can look forward to a

GOP-controlled future… amazing with a Democratic White House and Senate… which will take us further from the America that was built by generations of progressive leaders from Roosevelt (FDR) through Johnson. 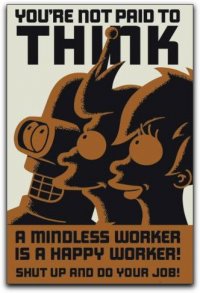 If the Tea Party takeover has taught us anything, it is that we need a new grass-roots progressive movement. And we have to push from the ground up. It’s going to take 30 years.