So, according to John Boehner, voters need not love Mitt Romney:

From a longer article at Roll Call: 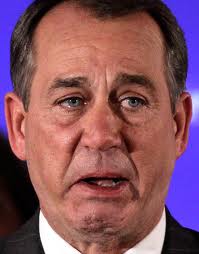 …at a June 30 fundraiser in Wheeling, W.Va., Speaker John Boehner offered a surprisingly frank assessment of the dynamic that surprised some in the audience.

Aside from Romney’s “friends, relatives and fellow Mormons,” Boehner said, most people will be motivated to vote for him in opposition to Obama.

The Ohio Republican made the remarks when an unidentified woman asked during a question-and-answer session: “Can you make me love Mitt Romney?”

“No,” Boehner said. “Listen, we’re just politicians. I wasn’t elected to play God. The American people probably aren’t going to fall in love with Mitt Romney. I’ll tell you this: 95 percent of the people that show up to vote in November are going to show up in that voting booth, and they are going to vote for or against Barack Obama.

So Republicans have a candidate they are not particularly fond of (and neither, for that matter are Democrats), but they are expected to vote for. One would think Boehner’s motivation in speaking for his party would be to get everyone to admire Romney and not stress that he appeals only to “friends, relatives and fellow Mormons.”

Combine that with what Bill Kristol said the other day and the puncturing of Romney’s lies about his business and gubernatorial background vis-a-vis job creation and cutting out unemployment (he succeeded at neither) and it’s not really clear if Republicans will work up the energy to come out to the polls.

Listen to the noise!

Tea Partiers are complaining bitterly that Boehner and the Republicans gave in on the Payroll tax problem. Obama supporters are cheering because Barack finally stood up to the House. Boehner is apparently in tears while Eric Cantor fishes for his Speaker seat.

What a way to spend a Friday. I’m exhausted just watching Chris Matthews argue with guests.

As for me… it’s the weekend, Christmas Eve is tomorrow night… and politics will be gone for at least two days.

Looks like Boehner is ready to raise some taxes… What will Grover Norquist say?

Two quotes for the afternoon:

“I think there is room for revenues, but I think there clearly is a limit to the amount of revenues that are available.”

“The comment was significant because Boehner and other Republican leaders have repeatedly insisted that tax increases are off the table, and most Republicans in the House and Senate have signed a “taxpayer protection pledge” vowing not to raise taxes.

“That pledge was devised by Americans for Tax Reform, an advocacy group run by Grover Norquist, whom Boehner dismissed as “some random person in

America” when he was asked about Norquist today. Later in the day, Boehner revised his comments.”

Comments Off on Looks like Boehner is ready to raise some taxes… What will Grover Norquist say?

2 Quotes for the Morning – both about the Unreality of John Boehner’s economic views. 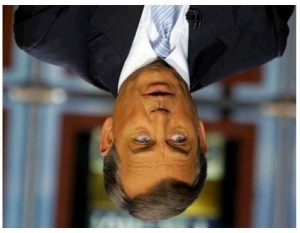 The Orange Cryer has Flipped!

If you heard the Speaker make hos speech the other day then you know he is insisting on spending cuts before the debt ceiling can be raised. He is also pushing the classic Republican point of view on cutting taxes on the rich because they will invest in American jobs. Of course they haven’t in the last couple of years as their taxes were slashed.

Perhaps Boehner is not aware that the “trickle-down theory” didn’t work for Reagan or either one of the Bushes. Republicans have limited historic vision… primarily because it is the multimillionaires that provide their funds.

As James Rowley and Mike Dorning said on Bloomberg this morning:

“Boehner’s statement in his Wall Street speech that government spending ‘is crowding out private investment and threatening the availability of capital’ runs counter to the behavior of credit markets… Boehner also said the 2009 stimulus program ‘hampered job creation in our country,’ a view at odds with the Congressional Budget Office‘s findings last August. The stimulus package increased the number of people employed by between 1.4 million and 3.3 million and cut unemployment by between 0.7 percentage point and 1.8 percentage point, according to CBO.”

“Even more alarming, because it has consequences beyond the debt-ceiling debate, is the incoherent, impervious-to-facts economic philosophy undergirding Boehner’s remarks.”

I suppose this means that, as long as we have Boehner sitting with his historical misinformation, we will have one hell of a time straightening out our economy.

Comments Off on 2 Quotes for the Morning – both about the Unreality of John Boehner’s economic views.

In case your tired of the Prince William and Kate Middleton, the Democratic Congression Campaign Committee brings you this: 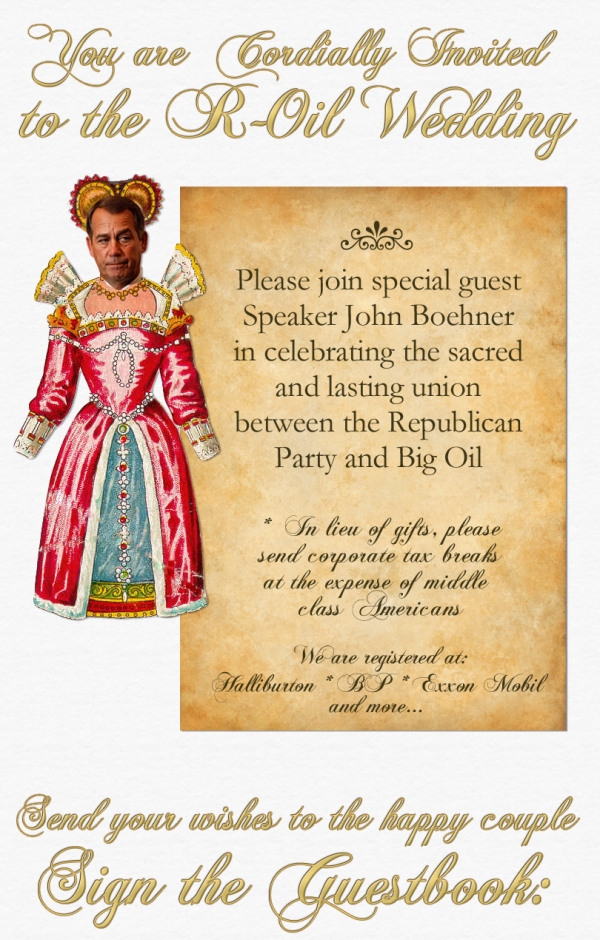 Comments Off on Morning laugh…

Does anyone remember what Obama SAID he was going to do?

… and what Boehner said as well?

This is pathetic. I hope the rest of the Democrats show some guts and pull this down. Of course, that’s not likely to happen.

Comments Off on Does anyone remember what Obama SAID he was going to do?

Boehner is out to kill anything Obama tries to accomplish…

“They got everything else in the entire bureaucracy that they need to control our healthcare system … with the signing of this bill. … That’s why repealing this bill has to be our No. 1 priority.”

Repubs are pulling this out on the week that the first b$250.00 Medicare supplement checks are going out to seniors. Tim Kaine, head of the Democratic National Committee is daring the Repubs to make this destructive repeal move the focus of their fall campaign to win back Congress and has challenged Boehner and Company to reveal the things they’d take away from Americans and give back to Insurance Companies.

Today the DNC will release this television ad:

Back in March, he President made it clear that Democrats wanted Repubs to use health care repeal in their campaign:

“Now that we passed it, they’re already promising to repeal it. They’re actually going to run on a platform of repeal this November. And my attitude is, ‘Go for it.'”

“If they wanna have that fight, we can have it,” he went on. “Because I don’t believe the American people are gonna put the insurance industry back in the driver’s seat. We’ve already been there, we’re not going back. This country’s moving forward.”

Looks like Boehner is walking right into it. One would hope.

(thanks to TPM for staying on top of all this.)