…and get “Bill’s Modern Diner,” a great image font, e-mailed to you immediately.

I have enjoyed bringing you The Cartoon or Cartoons of the Week, the Quotes, the Political and Arts News, the Blogrolls to the best sites in America and beyond… They are all a joy to put together. Often we get the breaking political stories before you see them anywhere else. And our wide open communication channels with readers can’t be beat.

Well, once again, I need YOUR help to keep it going. I’m hoping you will make a small contribution, by PayPal or credit/debit card, in support of Under The LobsterScope. You’d be amazed at how much $5.00 can do to help me bring more and more to these pages. And it is probably the LOWEST annual subscription fee you will make to any publication… interactive or not.

And for a contribution of $5.00 (or MORE) you will receive a copy of my Picture Font, Bill’s Modern Diner (I send you the True Type versions for both Macs and PCs by email). I regularly sell this font for $29.95. (See the Sample Below.)

You should know, however, that even a contribution of only $1.00 adds to the ability of this blog to find things for your benefit. By clicking on the DONATE button below, you tell me that Under The LobsterScope makes a difference in your time on the web.

Comments Off on Support this blog with $5.00 or more…

Just for You Steampunk Fans…

… here’s another preview clip from “1884”, the forthcoming film by Tim Ollive and Dennis De Groot that is being produced by Terry Gilliam:

Comments Off on Just for You Steampunk Fans… 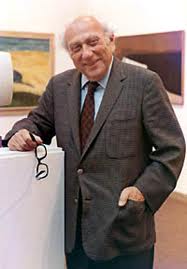 …here was a guy who showed how the rich ought to live.

In his long and productive life as an investor in so many businesses and companies that kept America in the forefront of Industry, he as also one of the greatest committed art collectors in the world, leaving thousands of works by 20th Century contemporaries to over 70 institutions, including the major basis of the Roy R.

From the NY Times:

Like any collector, Mr. Neuberger rued the ones that got away. He remembered passing up a Grant Wood painting as well as refusing to pay $300 for a Jasper Johns in the late 1950s. One time a dealer offered him a Picasso sculpture for $1,500, but he declined because he was buying works only by American artists. “I was such a square that I stupidly didn’t buy it,” he told The New York Times in an interview in 2003.

Mr. Neuberger bought all his works himself, usually through dealers. And his taste ran toward the bold. “I liked adventuresome work that I often didn’t understand,” he told The Times as he was celebrating his 100th birthday. “For art to be very good it has to be over your head.”

But he said he enjoyed the challenge that the work posed to the viewer. “Those who understand the mysteries of art,” he said, “are made happier by doing so.”

Neuberger went into the office and worked until age 99… he was primarily self-taught as an investor and as an art collector. He was married to his wife, Marie, who died in 1997 for 64 years.

This was, indeed, a great man.

Comments Off on Roy R. Neuberger Died Yesterday at Age 107…

And One More Cartoon for Christmas Morning…

How our world has changed over the last 30 years. It is almost unbearable.

Have a nice Holiday anyway.

Comments Off on And One More Cartoon for Christmas Morning…

Cartoon(s) of the Week – Did the Republicans have a Merry Week Before Christmas? 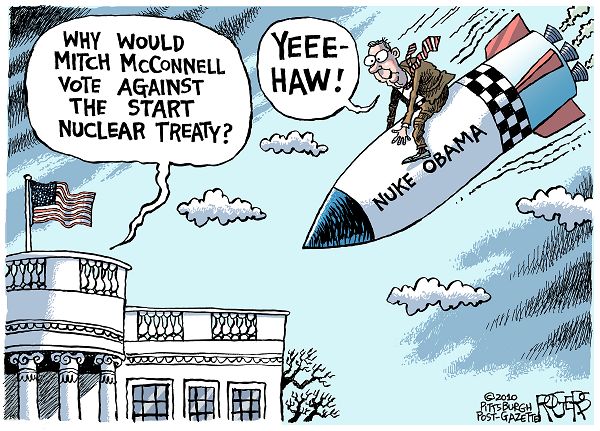 Tony Auth in The Philadelphia Inquirer:

David Horsey in the Seattle Post-Intelligencer: 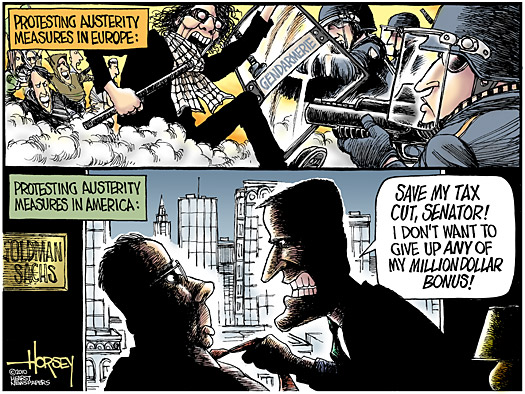 … and there won’t be any money left to get us out of trouble.

Comments Off on Cartoon(s) of the Week – Did the Republicans have a Merry Week Before Christmas?