So get out and vote. Mitt gives us a good reason:

What is the potential of the youth vote in the election?

It’s a pretty substantial 20%… the question is will they show up? Here’s the demographics: 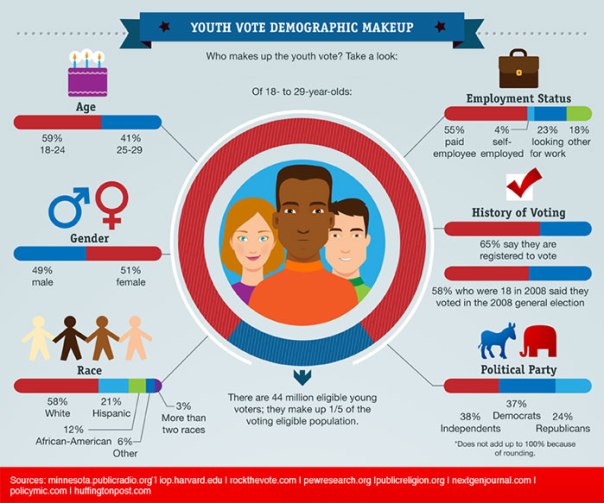 Here in the Shepherd University area where we see an awful lot of the youth category daily, we are curious as to how involved students are getting in the campaigns. From what I see it is minimal at best.

How is it where you are? Does it look like we will surpass the 2008 election or fall below it’s total of young voters? We’ll have to wait and see.

Comments Off on What is the potential of the youth vote in the election?

Cartoon(s) of the Week – Donald and Mitt

Who do you attach yourself to if you want to win?

-and –
Rob Rogers in the Pittsburgh Post-Gazette:

Does it matter where the supporter stands? 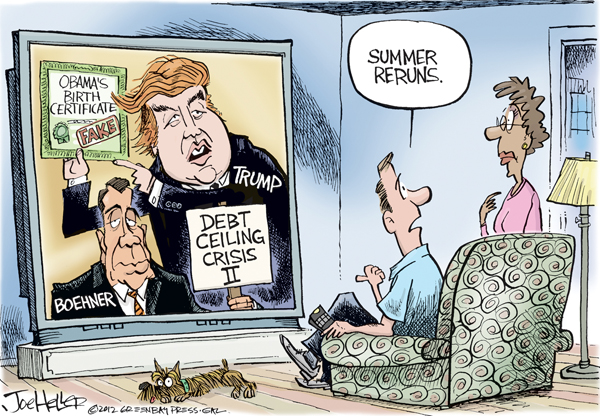 Avoiding the issues and keeping up the crap.

Jeff Danziger in  the L. A. Times: 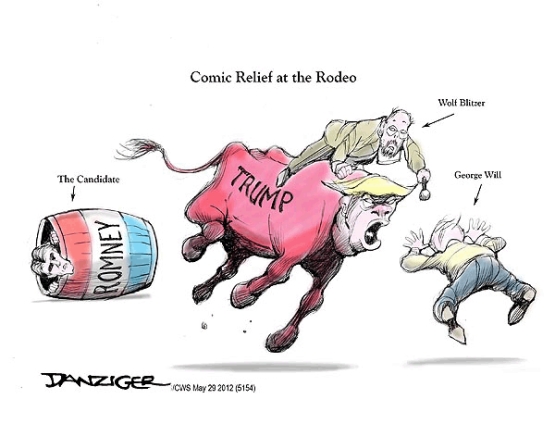 But it keeps us entertained.

After all…politics is just a card game.

Comments Off on Cartoon(s) of the Week – Donald and Mitt

Digging his own Grave…

Comments Off on Digging his own Grave…

Comments Off on Depressing Morning Worldwide

That’s the first of today’s elections to come through. McDonnell outscored Deeds by almost a 2 to 1 margin. This had been pretty much expected by the polls in the past couple of weeks. Interestingly, the polls of voters leaving the booths as to whether Obama was a factor in their decision showed that the President didn’t matter at all.

Comments Off on Virginia went Republican