The LA Times is running a live Election Returns Map which will be ongoing until the voting is over nationwide.

To keep track of it, Bookmark this page:

It will be a long while before a lot is up there (right now there is only a teeny bit of New Hampshire), but this will be a helpful track keeper.

After having done the Friday Morning radio show on WSHC with John Case, Elly and I set out to go to Charles Town, WV, for a visit to the Jefferson County Courthouse for early voting. Since John and his wife, Carol, were already planning to vote today, Elly and I arranged to meet them at the polling place and to have lunch afterward at our favorite Charles Town restaurant, Mezzaluna.

We spent over an hour from getting into the Court House line through voting at the booth. I never expected that it would take that much time, but the lines were very, very long. It seems like many of our fellow citizens were there to vote early… but remember, this was the third day of early voting and it was still mobbed this morning.

But we HAVE voted and I feel very good about it. The odds are very low that West Virginia will agree with me on most of the votes… particularly it is not considered likely that WV will go for Obama. But you have to vote your conscience anyway, and I did.

The Courthouse is a famous location in Jefferson County since it was here that John Brown was tried and convicted for the Harpers Ferry raid during the Civil War. Now it’s famous as the place where Elly and I do early voting.

I hope everyone out there remembers to vote, either early or on election day.

Comments Off on Just Returned From Early Voting…

Today’s the day. Early voting starts today in West Virginia and I think Elly and I will be heading over to the Charles Town County Courthouse on Friday to cast our ballots for Obama. Speaking of Obama… he will be doing early voting in Chicago on his current speaking tour. That makes him the first President in office to vote early.

BTW… polls are open on Saturday.

The latest Reuters/Ipsos tracking poll finds President Obama had a lead of 53% to 42% among the 17% of the surveyed registered voters who said they had already cast their vote. Let’s keep it up! 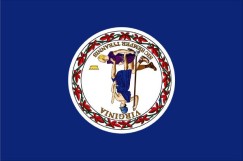 Things are Upside Down in Virginia

Since the announcement that Gingrich and Perry did not make the filing deadline of signatures to be on the VA primary ballot, and the upcoming legal controversy that VA does not allow write-ins, the relationship between state and registered voters takes away their choices for the future. NO MATTER WHAT HAPPENS AFTER THE PRIMARY!

Anyone who wants to vote must sign a form at the polling place pledging to support the eventual Republican nominee for president. Anyone who refuses to sign will be barred from voting in the primary.

So if you vote in the Virginia Republican Primary, you can write off any chance of changing your

mind after the fact… in other words, you give up your freedom to select the candidate of your final choice.

Let’s hear it for Virginia.

(Hey, thanks for pointing me toward this one, Josh.)

According to a poll reported on by The Hill:

58 percent of voters think most members of Congress are “unethical,” while only 25 percent consider the majority to be principled. Seventeen percent are unsure.

Furthermore, those polled didn’t seem to trust one party over another… and 68% believe that

ethical standards have declined among politicians in recent decades while only 7% thought they had improved.

The poll was taken three days after Weiner announced his responsibility for sending suggestive photographs of himself to women he didn’t know.

in office are less ethical than women.

The figures are based on a national survey of 1,000 likely voters conducted by Pulse Opinion Research.

A petition worth signing… make sure everyone can vote, not just the friends of Republicans!

Now that they control a majority of statehouses across the nation, Republicans are attempting a bold power grab to disenfranchise voters and repeat the Florida election debacle of 2000.

Right now, states with Republican governors or new GOP majorities are ramming through bills designed to make it harder for people to vote.

They’ll stop at nothing to steal the Presidency.

We have to act now to stop these bills from becoming law. The Democratic Governors

Association is the only organization devoted solely to electing Democratic governors who will veto any and all attempts to limit voter rights. Use the form at the right to stand with the DGA and demand that Republicans stop their politically-motivated attempts to suppress votes.

Digging his own Grave…

Comments Off on Digging his own Grave…

OK… DADT is now history… the Senate has voted it out and the bill is on its way to Obama.

So the score so far today is Democrats 1 (Don’t Ask Don’t Tell is voted out), Republicans 1 (Dream act voted down…

actually, it didn’t get passed the 61 vote filibuster requirement). Tomorrow they will be debating and maybe voting on the START treaty… whoever wins on that one will break the score.

I hope Harry Reid can keep everyone there until the work is done.

Comments Off on OK… DADT is now history… the Senate has voted it out and the bill is on its way to Obama.

…and then the television chatter will begin, especially on CNN, MSNBC and FOXnews. All of these stations started blabbering early today, pushing the polls and debating possible upsets and surprises. I’m not sure there will be any surprises, but that’s me. It would sure be nice if there WAS a surprise… like the Dems kept control of both the House and Senate, the Tea Party Crazies get voted down, or voter turnout meets no one’s expectations.

I’ll tell you one thing, this election season has made me much more of a Liberal (and I didn’t say “Progressive”.) But that’s me… I usually side with people who seem to be meeting a real challenge. Tomorrow I’ll be posting to this blog results and comments and

guesses as to the future… then we can start working on 2012.

As of now, I’m taking the night off. See you all tomorrow.

Tomorrow is Election Day… When you go to vote, REMEMBER:

Comments Off on Tomorrow is Election Day… When you go to vote, REMEMBER:

Today there was a string of articles…started, I think, by Politico (whose affiliation with the political right has been sort of present since its creation)… warning Democrats in advance that it was going to rain next Tuesday.  On top of the weather report is the series of “expert” statements that bad weather keeps Dems home from the polls, while Repubs seem to love voting in the rain.

Now, as one who has stood in line outdoors with many other Democrats to vote over the years, I’m not sure

I want them to convince me that I don’t vote in the rain. In reality, I’ve voted already, as have more Dems than Repubs as I understand it from the news, and it was raining the day I voted. Oh well, I didn’t know rain was supposed to keep me home. I should have asked the other Democrats who were voting that day (there were a bunch) if they knew about our weather wariness. Apparently they didn’t.

And this piece turned up at The Hill (which also, it seems to me) is a non-progressive publication:

According to Laurel Harbridge, a Northwestern University political science professor, GOP voters are not typically discouraged by rain. “Republicans are helped by bad weather … it

Wendy Schiller, a political science professor at Brown University, echoed Harbridge. “Bad weather almost always hurts Democrats,” she said. “The traditional Democratic base tends to include lower-income people and the elderly. Both of those demographic groups have a hard time getting to the polls.”

Anyway… I think this time bad weather might even help Democrats. We will realize much more clearly that

a great pile of these Republican/Tea Party candidates are more like bad weather than good government.

How the House Voted Last Year (Thanks to Congress.org)

Click through the links below to see how your lawmaker voted:

During the defense authorization bill debate in May, the House adopted this amendment that would repeal the “don’t ask, don’t tell” law that prohibits openly gay men and women from serving in the military.

The House passed the final version of the financial regulation reform legislation in June.

In August, the House passed this bill to provide $16.1 billion to extend increased Medicaid assistance to states and $10 billion in funding for states to create or retain teachers’ jobs.

Comments Off on How the House Voted Last Year (Thanks to Congress.org)

I voted a mixed ballot this time as I am in favor of Ed Dunleavy, who is an independent, for County Commissioner

, so a straight Democratic ballot was not possible. I’m not the only one doing this around here… Dunleavy has quite a few supporters. I also voted for Virginia Graf for Representative in Congress, although the odds of her winning are near zero, partly because the way the District has been gerrymandered. To vote for the Republican, Shelly Moore Capito, would have made me vomit! She has done so little for West Virginia and has been part of John Boehner‘s conservative backbone in the House.

Of course, I voted for Manchin for Senate… even though he is much more conservative than I can stand… at the very least, he is not a creep like Raese the WV candidate from Florida. I hope Manchin makes it. It’s one thing to have a politician you disagree with, but whose overall record you can admire (like Delegate Doyle, who I also voted for, for instance) than to have a politician who is a complete idiot with no comprehension of contemporary government.

Now we just wait 2 weeks and see what happens.