Why do we take medications that can kill us? 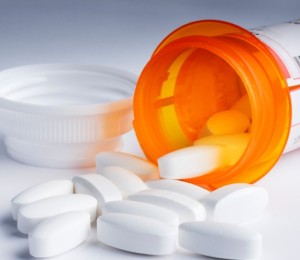 A great number of these side effect revelations include such things as depression, sleeplessness, stomach problems or DEATH! So in taking these sleeping pills or pain killers or diabetes medications, the side effect could be that you die.

Does this cause any problems for the medications industry? It looks like doctors have very little trouble prescribing these potential killers… and the TV ads convince many patients to request these from their physicians.

I see no one on the news or in other source material debating this issue, so I wonder if it is important to Americans (it is becoming important to me because I take at least one of these pills.)

Let me hear from you if you have any thoughts on this issue.

Comments Off on Why do we take medications that can kill us?

A Warning For New Year’s Eve…

Watch what you drink on New Year’s Eve

By JUDY ADRIAN AND CAROL LOBES

Don’t go out and get bombed on New Year’s Eve.

The glorification of excess alcohol consumption must come to an end. Alcohol is the worst drug.

It is more dangerous than many illegal drugs – worse than heroin, cocaine (including crack), ecstasy and marijuana.This was the conclusion of a study in the prestigious British medical journal Lancet a little more than a year ago.

The study shows that alcohol scored highest because it is so widely used and has such devastating consequences not only for drinkers but for those around them.When abused, alcohol can destroy nearly all organ systems.Alcohol leads to higher death rates than illegal drugs.Alcohol is a factor in a greater percentage of crimes.

And the economic costs are greater when you count the tab for health care, human services and law enforcement.Alcohol wins, hands down.Yet it would be unrealistic and mistaken to try to prohibit alcohol sales. That was unsuccessfully tried during Prohibition. Instead, we can do the following:

Many people see New Year’s Eve as an excuse to drink an excessive amount. But that’s a poor – and potentially fatal – excuse. We need to watch what we drink on New Year’s Eve – and every day.

This article was prepared for The Progressive Media Project.

OK, Got it? Have a Happy New Year… but wake up alive on Monday.

Comments Off on A Warning For New Year’s Eve…