If I could have done something like this at age 11, I probably wouldn’t be stuck in WV now.

Then again, if I were Mozart, I would have been dead over thirty years at this point.

Anyway, this piece, Allegro Molto, composed when Wolfgang was 11, was recently discovered. Take a listen:

This was played by Florian Birsak in Stuttgart on Mozart’s own pianoforte. What a complicated and beautiful piece.

Is it clear that we took complete advantage of smaller, weaker countries?

This article on the New World Perspective blog is chilling. Here’s part of it, but go in and read it all:

And Gonorrhea. But mostly just Syphilis.

In Guatemala from 1946 until 1948, Dr. John Cutler conducted a study under the approval of the US Health authorities and the Guatemalan government to test the effectiveness of penicillin in treating syphilis and gonorrhea.

By hopping over national borders into Guatemala, Cutler and US Health authorities were able to conduct their tests without drawing ethical issues. This a sickening example of US disrespect towards our southern Spanish-speaking neighbors during this era. 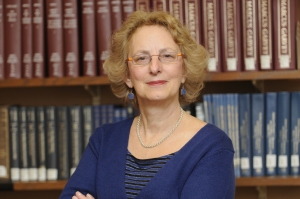 Susan Reverby, the historian who unearthed the reports at the University of Pittsburgh, found that they deliberately infected prisoners and mental institution patients without their knowledge or consent.

Their primary method of inoculation? Prostitution. They had infected prostitutes sleep with the patients.

Saying “sorry” fifty years later is too little, too late. It’s as if to say, “Oh by the way, Guatemala, you might want to get tested…our bad!”.

Comments Off on Is it clear that we took complete advantage of smaller, weaker countries?