While we’re waiting for the Supreme Court to make a decision on the health Care law, at least three major insurers promised yesterday to continue following some of the rules in the law.

United Healthcare, representing about 26 million people that could be affected by a change in the law, said it would allow young adults to stay on their parents’ policies up to age 26, wouldn’t reinstate lifetime limits on coverage and would continue to offer cancer screenings and other preventive services without co-payments. It also would maintain a third-party appeals process for treatment denials and wouldn’t cancel policies retroactively.

Later in the day, Humana said it would continue the same provisions. Aetna, said it would retain the young adult provision, the preventive care benefits and a third-party appeals program, but didn’t include a reference to lifetime 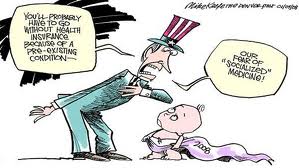 limits on coverage or retroactive cancellation.

Public opinion polls have shown these provisions to be very popular, even among people who say they don’t like the overall law.No other comments on significant provisions in the law, such as the requirement that applicants with preexisting conditions must be accepted for insurance after 2014.

No word yet from the Romney folks on this set of announcements. 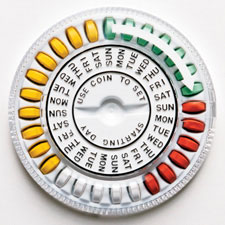 Free birth control should be offered to all American women as a part of the 2010 Affordable Care Act, according to a new report from the Institute of Medicine (IOM). The report, released Tuesday, detailed services that should be classified as preventative medicine under the act and as such should be fully covered by insurers.

“… currently, nearly one in three women finds it difficult to pay for birth control, and that’s why the United States has a far higher unintended-pregnancy rate than other industrialized countries.”

Although this is likely to open up a can of worms, it is certainly worth considering.