We hear so much about Google invading our lives…

Here’s one you weren’t expecting: 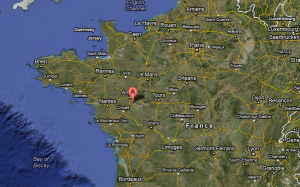 A view from much further away.

(Reuters) – A Frenchman took Google to court on Thursday over a photo published online by its Street View application showing him urinating in his front yard which he believes has made him the laughing stock of his village in rural northwest France.

The man, who is aged around 50 and lives in a village of some 3,000 people in the Maine-et-Loire region, is demanding the removal of the photo, in which locals have recognised him despite his face being blurred out.

“Everyone has the right to a degree of secrecy,” his lawyer, Jean-Noel Bouillard, told Reuters. “In this particular case, it’s more amusing than serious. But if he’d been caught kissing a woman other than his wife, he would have had the same issue.”

The Judge is ruling on March 15th. This will be one to wait for.

Meanwhile, watch what you do in your own yard.