And a really funny quote to start the day…

… this is the kind of thing that makes me realize why Obama is so far ahead of his critics. On the Tonight Show with Jay Leno, Obama joked about Donald Trump’s latest challenge:

“This all dates back to when we were growing up together in Kenya. We had constant run-ins on the soccer field. He wasn’t very good and resented it. When we finally moved to America I thought it would be over.”

Looks like a lie can be exploded by a funnier lie.

Quote of the Day – Leno on O’Donnell

“Republican Senator Tom Coburn said yesterday that Christine O’Donnell, if elected, will be able to combat the stupidity in Washington. So I guess they’re going to fight fire with fire.”

Comments Off on Quote of the Day – Leno on O’Donnell

No Conan to watch this week

It’s unfortunate that I don’t have Conan O’Brien to watch this week… and even if he makes a deal with another network it won’t be until next September according to his agreement with NBC, the world’s dumbest network.

I don’t really like Leno… but at least there’s Letterman, followed by Craig Ferguson. That makes up a decent late evening. 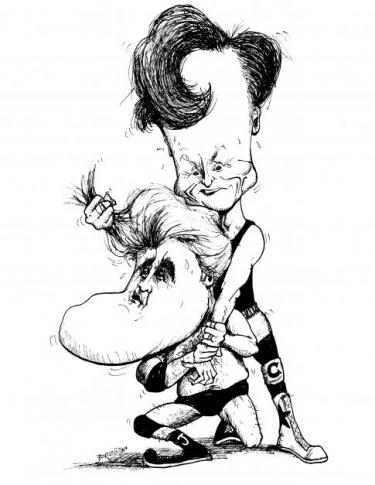 Somehow, I think Conan won in the competition that went on for the last couple of weeks, and not just because of the $40,000,000.00 deal. If he goes to Fox or somewhere else in September, he’ll take a lot of us with him.

UPDATE: Tuesday morning. Just to make a correction. There is no NEW Conan to watch. Last night they showed a rerun from August. I guess this will go on until March 1. 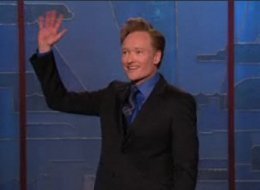 “And I just want to say to the kids out there watching: You can do anything you want in life… Unless Jay Leno wants to do it, too.”

Do you get the sense that Conan and Jay are at odds?

And a Quote to End the Day…

“And under the new guidelines issued by the Obama Administration, Federal agents will not pursue pot-smoking patients in states that allow medical marijuana. This new policy is called ‘Don’t Ask, Don’t — What Was I Talking About?'”

Comments Off on And a Quote to End the Day…