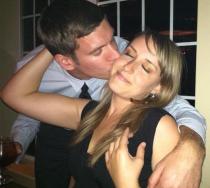 Tomorrow Elly and I board a train for Wisconsin to get to Buddy and Rachel’s wedding, and today is filling up with more and more things we gave to do in order to leave. Meanwhile, I’m adjusting to my current level of pain from the accident and hoping the next seven days will be possible to get through.

We have to go shopping, get our mail held (a trip to the post office), put the dogs in a kennel, start packing – which means getting my meds together, going over wedding clothes, setting up necessary things with friends and neighbors for things that have to be done while we are gone, etc. etc. stc,

I have become fascinated by the life and work of Robert G. Ingersoll (1833 – 1899), Civil War Colonel, friend of Walt Whitman and Mark Twain, nationally known lecturer on many topics, lawyer and, if he had not been an avowed non-believer, he could have been President of the United States.

He was known as “The Great Agnostic” and was an early, and liberal, Republican who was a supporter of civil rights, women’s rights and freedom from religion long before the intellects of the mid to late 20th Century.

I’ll be posting transcripts of his speeches and other writings on the Robert G. Ingersoll page I have established on this blog.

This has me so broken up I don’t even think I can write about it… so here is the article I first got the news from in Variety:

This is the Photo I want to remember Steve Jobs by...

Steven Jobs, the pioneering mogul who led Pixar Animation and Apple to banner success and became a leader in the computer, consumer electronics and animation industries, has died. He was 56.

Hollywood did not always agree with Jobs — there were tiffs over the pricing of music and other offerings on iTunes and over the fact that Apple rendered iTunes content unplayable on non-Apple devices. But in an environment in which huge numbers of consumers were illegally downloading music and other content from P2P file-sharing sites, the series of devices Apple introduced under Jobs — the iPod in conjunction with the iTunes Music Store, the iPhone and the iPad — made the legal (and therefore, for showbiz, at least potentially profitable) consumption of digital content possible and popular, weaning some consumers of the piracy habit.

Jobs first gained fame as one of the “two Steves” — Steve Wozniak was the other — who co-founded Apple Computer in a garage in 1976.

He lost control of the company in 1985 and saw his reputation and personal fortune dwindle over the next decade. But during that time he acquired from George Lucas’ Industrial Light & Magic, at a bargain price, a small computer-graphics unit that was quickly remonickered Pixar. Jobs put his own cash into the money-losing company long enough to see it deliver the blockbuster “Toy Story” and make him a billionaire.

In time, Disney bought Pixar, and Jobs became the Mouse House’s largest shareholder, with holdings dwarfing those of any other individual, and a member of its board. By then, he was a well-established entertainment executive, having returned to Apple and led it to market domination in a new arena: music.

Under Jobs, Apple introduced the first popular system for legal music downloading: the combination of iTunes software, the iTunes Music Store and the iPod music player. The iPod, dismissed by critics at its introduction for being too expensive, too quirky and too tied to Apple’s software, became an iconic entertainment product and transformed Apple into a key player in electronic distribution, including TV shows and movies.

Personally, Jobs was one of the corporate world’s most effective pitchmen. His appearances at trade events, especially the Macworld tradeshow in San Francisco, always clad in his trademark black mock-turtleneck shirt, were among any year’s most anticipated tech events.

Apple fans would hang on every word, waiting for the famous “One more thing…” at the end, which often signaled some astonishing new product, like the iMac or iPod.

He was famous for his ability to persuade — or bully — people into doing the impossible, or at least convince them that the impossible was possible.

Those who worked closely with him often described an abrasive, arrogant and occasionally petty leader who did not brook disagreement. Companies or people that ran afoul of him were often “Steved” — fired on the spot.

But for better or worse, Jobs commitment to high-quality, cutting-edge products made him indispensable for the companies he ran. His career resurrection after his first flameout with Apple was, as the unauthorized biography “iCon” put it, “The greatest second act in the history of business.”

Born in San Francisco and given up for adoption, Jobs was raised in the Northern California area that would eventually be called Silicon Valley, growing up around many of the future leaders of the digital revolution, including Wozniak. He entered Reed College after high school but soon left.

After traveling in India, he teamed with Wozniak in a venture to make and sell small, pre-assembled computers, something no company had ever tried before. The success of their Apple II created the personal computer industry almost from scratch, but the market came to be dominated by the cloneable IBM PC design and Microsoft’s operating system.

Apple responded in 1984 with the Macintosh, the first personal computer to successfully mass-market a graphical interface.

Even the launch of Macintosh had a hint of Jobs’ future. Ridley Scott helmed a “1984”-themed commercial touting the launch of the Mac, and the commercial became one of the legendary spots in TV history.

Just the next year, George Lucas — needing cash for his divorce settlement — sold the nascent Pixar to Jobs for just $10 million.

Pixar was a money pit at first, though its Renderman software became the first and most popular computer animation software. Jobs’ funds and patience were running low, but when Pixar’s “Tin Toy” won the animated short Oscar, he negotiated Pixar’s first feature deal, for “Toy Story.”

“Toy Story” was the first in a three-picture deal with Disney and the beginning of an unprecedented run of hits from Pixar.

Jobs returned to Apple in 1997 and began a rapid turnaround. The company’s products quickly came to reflect Jobs’ personal tastes.

He loathed buttons on handheld devices, and the result was the sleek, uncluttered interface of the iPod, iPhone and iPad.

Apple’s success with iTunes and the iPod made it a major player in entertainment, but record labels chafed at Apple’s insistence on a flat 99¢ for every song. ITunes helped reduce but did not end illegal downloads, so it didn’t put vast sums in labels’ coffers. The primary beneficiary, went the complaints, was not artists or labels but Apple itself.

With Jobs in charge of Pixar and the prickly Michael Eisner running Disney, negotiations over a renewal of Pixar’s distribution deal with the mouse became highly contentious. Disney retained sequel rights to several Pixar titles, including the “Toy Story” franchise, and began developing its own “Toy Story 3” without Pixar involved. Meanwhile, in a notorious 2004 investor call, Jobs mocked Disney’s toons, singling out “Lion King 1 1/2” as “embarrassing.”

An impasse in the negotiations seemed unavoidable. Jobs wouldn’t sell Pixar for cash, and Disney wouldn’t pay what Jobs was asking.

The solution, it turned out, was for Disney essentially to pay Pixar to take over its own animation efforts.

Disney paid $7.4 billion in 2006 to merge with Pixar. Jobs acquired a 7% stake in Disney and a seat on the board but gave up his posts as Pixar chairman and CEO, and Pixar executives Ed Catmull and John Lasseter took charge of the Disney animation slate.

Jobs pulled another techno-shocker in 2007, unveiling the long-rumored Apple iPhone. With its smooth touchscreen face and media-centric design, neither of which had been anticipated by tech-watchers, the iPhone proved a game-changer for the cellular phone/PDA business, just as the iPod had been for the music business.

But Jobs’ health was beginning to fail even as his companies were achieving their greatest success yet.

He was treated for pancreatic cancer in 2004. He seemed to recover but looked gaunt in public appearances in 2007 and 2008, sparking rumors about a recurrence of cancer and even rumors of his death.

He announced late in 2008 that he had a hormonal imbalance that was causing him to lose weight, and on Jan. 14, 2009, he took a medical leave of absence from Apple. It was later revealed that he underwent a liver transplant during his leave.

He remained gaunt, however, and took another health-related leave of absence in late 2010, amid rumors his cancer had returned and he was near death.

Jobs abruptly resigned as CEO of Apple on Aug. 24, 2011, and was elected chairman of the board. He recommended Tim Cook as his successor; Cook had already been serving as Apple CEO since January, when Jobs took a third medical leave from the company, though he still made most of the major decisions at Apple.

Jobs disliked publicity about his personal relationships, which could be difficult. He found his birth parents and biological sister, the novelist Mona Simpson.

He is survived by his wife, Laurene Powell; a son; and three daughters.

Watson Beat the Brains on Jeopardy…

I watched most of it and, of course, I watched the Sunday documentary on how Watson was created at IBM and what they had to go through to get the thing on Jeopardy as a contestant.

Comments Off on Watson Beat the Brains on Jeopardy…