It feels so good to have Olbermann back!

OK… It’s the first day of Keith Olbermann‘s Countdown on the Current TV Network, and I am watching him Interview Michael Moore on Obama’s ethical and legal avoidance of the War Powers Act in Libya. I’m thrilled that the first thing Keith did was show that he wasn’t a front for the current Administration… or Democrats in general.

When you compare him to Fox News with its talking heads adhering to the Roger Ailes Daily List of attacks that will be made on the left and no connection with the truth, you find the kind of independent thought that we have missed since Keith went off MSNBC.

It is great to hear again a Special Comment, this one giving the definition of his program’s point of view:

“The weakest citizen in this country is more important than the strongest corporation.”

John Dean is here to comment on Justice Clarence Thomas taking gifts and his wife taking funding from a conservative Texas millionaire and seeing how this affects his Supreme Court decisions, like the Walmart/ women employees class action suit which came down against the female employees of the big-time retailer. As Dean said

about the Court, this is a great day for big business.

And Markos Moulitsas (of the Daily Kos) is back as a regular commentator after having been bounced off the tube by MSNBC a year ago for comments that network ( and especially Joe Scarborough) apparently didn’t agree with.

Welcome back, Keith. I’ll be watching.

The Return of Olbermann – a Date is Set.

Hooray! Keith Olbermann will be back on Monday, June 20, at 8 PM Eastern… the network? Current TV (The one Al Gore is a major investor in).

What’s even better is what he is going to call the new show: Countdown with Keith Olbermann.

As Keith said when making the announcement vis-a-vis the show name:

I guess I’m going to have to catch MSNBC on the re-run.

Keith Olbermann Lands on his Feet!

Keith will be coming back to television and I can’t wait!

This from Huffington Post (You can go in and read more…): 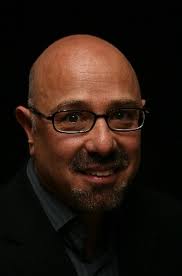 “Countdown with Keith Olbermann was the anchor of something extraordinary that emerged, painstakingly and against all odds, during the Bush years. A mild liberal alternative was established in the corporate media to counter the flamethrowers at Fox. Nothing like it had existed since MSNBC fired Phil Donahue in early 2003. Now it’s gone. And it’s hard to see how this gaping hole on the “liberal” end of the corporate media is going to result in anything other than giving a louder voice and greater ventilation to the policies that are currently being advanced by an aggressive right-wing oligarchy.”

This Sucks! Olbermann is leaving MSNBC

I was coming back from an event in Gettysburg, PA, with Elly’s AIGA group, so I didn’t see Countdown tonite. To find this out on line when I got home is both depressing and maddening. I hope Keith turns up on another network soon… he is very important to the Progressive perception of the world.

Here it is… worth listening to:

Thank you, Keith. I hope everyone listens.

Here’s Rachel’s comment in full from her show last night (which, I’ll admit, I didn’t watch since I won’t watch MSNBC until Keith is reinstated… I picked this up on Mediaite.com):

You may have heard today that my friend and colleague Keith Olbermann was temporarily suspended from his job hosting Countdown on this network, because he made three personal political donations to candidates in this last election cycle. The reason that resulted in Keith’s suspension is that, here at MSNBC, there is an explicit employee rule against hosts making contributions like that. You can do it if you ask in advance, and if management tells you ‘okay.’ That’s what I understand happened with our morning show host’s political donations in 2006 under previous management. But if you don’t ask in advance for an exemption from the rule, you are more bound by the rule. For the record, the rule applies to us hosts here at MSNBC and NBC News staff. CNBC is not under NBC News, so CNBC staffers are not bound by the same thing.

I understand this rule. I understand what it means to break this rule. I believe that everyone should face the same treatment under this rule. I also personally believe that the point has been made and that we should have Keith back hosting Countdown. Here’s the larger point though. That’s going mysteriously missing, from all the right-wing cackling and the beltway, old-media cluck cluck clucking about this. This is what I think is missing.

Let this incident lay to rest forever the facile, never true, bullpucky, lazy conflation of Fox News and what the rest of us do for a living. I know everyone likes to say ‘Oh, that’s cable news, that’s all the same, Fox and MSNBC, mirror images of each other. Let this lay that to rest forever. Hosts on Fox raise money on the air for Republican candidates. They endorse them explicitly, they use their Fox News profile to headline fundraisers; heck, there are multiple people being paid by Fox News to essentially run for office as Republican candidates, If you count not just their hosts but their contributors, you are looking at a significant portion of the whole line up of Republican presidential contenders for 2012, they can do that because there is no rule against that as Fox, they run as a political operation, we’re not.

Yes, Keith’’s a liberal and so am I, and there are other people on this network and their political views are shared with you, our beloved viewers. But we are not a political operation, Fox is. We are a news operation. And the rules around here are how you know that. Before it was politically safe to do it, Keith Olbermann attracted the ire of the right wing and a lot of others besides when he brought to light and raged against what he saw as the errors and sins of the previous presidential administration. Keith was also the one who brought to light Fox News’ water carrying role for the Bush administration, he was one who point-of-view journalism posed and put exclamation points on the problems in the political operation disguised as a news network model embraced by the guys across the street at Fox.

Now weirdly, it is Keith who is illustrating the difference between what he does on TV, what we do here at MSNBC and what goes on across the street. Good night.

Comments Off on Rachel Maddow: Bring Back Olbermann…

Keith Olbermann did an amazing Special Comment this evening…

… Take 15 minutes and listen to it. Email the address of the post to your friends and people you know so they can listen to it. Keith sums up the Tea Party and the mess the Republicans are trying to drag us into… and how they will try to bring us back into the early 20th Century.

There’s an election coming up and we can’t crumble under the advanced stupidity of some of these candidates. We live in dangerous times.