A view from the far left…

…from Sam Webb, National Chairperson of the Communist Party: 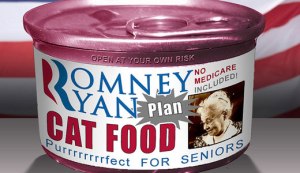 “…I don’t believe that the Republicans even care if the economy rebounds. A sluggish economy in their view is their only path to the White House in this election cycle. If confronted, they will deny it, but if you judge them by their actions in Congress, it seems apparent that sabotage of the president’s economic plans is at the top of their agenda. It is the thin reed on which their return to power and domination rests.

“To say that Romney and his fellow Republicans are consciously undermining the economy for the purpose of winning this election is probably hard for many Americans to swallow.

“Even with their skepticism of politicians and the political process, many American people still believe that there are bounds beyond which neither party would go to accomplish its aims. That is not the case in this instance in my opinion. No matter what the cost and pain, Romney and the Republicans are hell bent on undermining any recovery of growth rates and jobs in order to emerge triumphant on Election Day.

It may bother you that Webb is a Communist, but he is an American Communist which means he has more of a left side political agenda and is strongly related to worker’s employment and unions. This is something the right has no concern with.

To see the rest of his article go HERE.

So… do we have a new McCarthy in Congress?

Suppose we had a Congressman who started accusing the representatives that didn’t agree with him as being Communists? Well, apparently we do.

Rep. Allen West, R-Fla., has said “he’s heard” that up to 80 House Democrats are members of the Communist Party, but, of course, he has denied to name names.

His office says West was referring to the Congressional Progressive Caucus when he made his remark at a town hall meeting Tuesday night.

Here’s the statement his office sent to the CBS affiliate in Miami:

Asked to comment on these charges, Libero Della Piana, a vice chairman of the party, stated that there were no Congressional lawmakers who were party members and that West’s comment is a “sad ploy.”

And now some folks like Sarah Palin are suggesting West as a potential VP candidate. Who would have thought?