The Opening of “The Book Of Mormon”

I wonder how much Mitt Romney has effected the success of The Book Of Mormon? I don’t think his identity as a Mormon has anything to do with it.

For a little entertainment though, let me give you, my readers, the opening of The Book Of Mormon at the 2012 Tony Awards on Broadway – Hope you enjoy it:

Comments Off on The Opening of “The Book Of Mormon”

David Twede, a fifth-generation Mormon publishes  MormonThink, a Web site which debates church teaching. The site has drawn increased traffic as Mormons turn to the Internet to find answers to controversial questions about Mormon history and traditions that the church does not address. 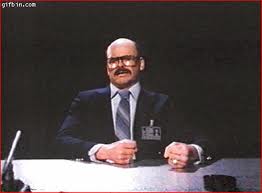 Mr. Twede’s situation was first reported on Friday by the Web site The Daily Beast, which suggested that Mr. Twede was being disciplined because he had posted several articles on MormonThink critical of Mr. Romney.

After being interrogated in a church office for 45 minutes, Twede commented:

Ever wonder why the majority of Mormons are Republican?

Here are some clips from the Salt Lake Tribune:

The founders of the Republican Party saw Mormons as their enemies.

And the first Mormon leaders didn’t have much nice to say about the GOP, either.

You would never know it now — one recent poll showed three-quarters of LDS faithful lean toward the GOP — but the two groups had an acrimonious start, fueled largely by the early Mormon practice of polygamy.

So how does this affect Mitt Romney as he runs for the Republican nomination?

As Mitt Romney presses his bid for the Republican nomination for president, lost on many Americans is how his Mormon faith played an important role as foil in the early days of the Grand Old Party — and how its first candidates catapulted to power in part by whipping up anti-Mormon sentiments.

“If you like irony, you’ve got to love history,” says Utah historian Will Bagley. “Polygamy made Mormons into a national punching bag during the 1850s.”

The Republican Party launched in 1854 as an anti-slavery party and quickly seized on growing concern with Mormons in the Utah Territory taking on multiple wives.

Early Republicans did not distinguish between slavery and polygamy and attacked Mormons in their first Party Platform in 1856. Republicans elected to Congress used their influence to wipe away Church control over the Utah Territory and backed a law that disincorporated the Church of Jesus Christ of Latter Day Saints.

LDS Church leaders, for their part, harbored ill will toward the Republican Party, urging followers to back the Democrats.

“We call upon you to stand firm to the principles of our religion in the coming contest for president,” read a letter from LDS Church President Brigham Young and other leaders as published in the abolitionist newspaper, The National Era, on Nov. 20, 1856. “Our duty is plain. There are two principal parties in the country — one is for us, the other against us.”

That doesn’t mean that Democrats were pro-Mormon… they weren’t. Senator Steven Douglas was notably anti-Mormon and spread the fear that they would separate Utah from the country under Church government.

If rumors of Mormon troubles are true, then “the Mormon inhabitants of Utah, as a community, are outlaws and alien enemies, unfit to exercise the right of self-government,” Douglas said, according to a New York Times account of his speech at the time.

Lincoln’s winning the White House in 1860 and the Civil War ending slavery, left polygamy as the one concern that still resonated with Americans. P Republicans over the next several decades attacked the LDS Church over polygamy and suspicions that Mormons were attempting to form their own sovereign country in the Mountain West. Oddly enough, this fight was driven by the members of Congress from Vermont, the birthplace of Joseph Smith, founder of the LDS.

Vermont Rep. Luke P. Poland later amended that law to order that all civil and criminal cases in the Utah Territory be handled by the U.S. District Court and dismiss any other judiciary system in the state that he feared were simply church puppets.

Poland’s hope was that the federal courts would then go after polygamists, but it wasn’t until the 1887 Edmunds Anti-Polygamy Act — sponsored by Republican George Franklin Edmunds— and the subsequent Edmunds-Tucker Act that Mormons with plural 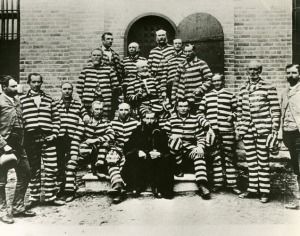 wives were prosecuted. Around 1,300 men were eventually jailed under that act.

The law also was successful in disincorporating the LDS Church, forcing Mormons to take their battle to court. The U.S. Supreme Court later ruled against the faith but Congress took a step back when Mormon leaders issued a proclamation in 1890 banning polygamy. That also was a turning point for the icy relationship between Mormons and the GOP.

What started the turn away from the Democrats was their inaction in the establishment of Utah as a state. The Republican Party of Utah was founded in 1891 and became the leading organization pushing for statehood, which happened in 1896.

It wasn’t until the 1970s however that social issues like abortion, the Equal Rights Amendment and gay marriage (all of which they were against) drew the Mormons to conservatism.

A report by the Pew Forum on Religion and Public Life in January showed that about 74 percent of Mormons lean toward the Republican Party and 66 percent of them call themselves conservative.

“Clearly, the Republican Party has taken the mantle of religious freedom and that bodes well for Mormons,” says Rep. Jason Chaffetz, a Utah Republican who converted to the Mormon faith and the GOP.

“Principles of the Republican Party align with what Mormons believe,” the congressman added, though he quickly noted that there are many Democrats who are also devout Mormons.

Mitt Romney now assures everyone that there will be no influence of the LDS Church over his policies if he becomes the nominee. It is hopefully the case.