Well… one can be against having health insurance cover birth control, but can approve oral sex in marriage. Isn’t that one of the simplest forms of birth control?

Where are you leading us, Pat?… America’s employers will need to know before deciding whether their female employees should be denied birth control on religious and/or moral grounds.

Oh, Pat… are you slowly crawling into the twenty first century?

Remember when “Conservative” used to be a word defining a form of political economics?

Sometimes we just have to admit that even some women politicians are a bit crazy. Like Majority Whip Debbie Lesko who authored Arizona House Bill 2625 which would allow employers to eliminate employee health care coverage on birth control and related needs:

“I believe we live in America. We don’t live in the Soviet Union. So government should not be telling organizations or employers to do something against their moral beliefs… My whole legislation is about our First Amendment rights and freedom of religion.”

And what about freedom FROM religion?

But the most revealing look at conservatism is the current Doonesbury series that many newspapers are not printing. Gary Trudeau is looking at the trans-vaginal sonograms required in Texas prior to an abortion:

It would be very nice if “conservatism” got back to economic politics and out of the bedroom and the vagina. Little choice is left to women when considering who to vote for.

What will be left after the Repubs finish eating each other?

Thinking of politics as leftovers, it looks like we’ll have a couple of Santorum wings and a Romney drumstick or two left over after Super Tuesday. That doesn’t leave much to serve at the great election 2012 dinner. (Did I say they are both Turkeys?)

George Will is releasing a column later today in the WaPo that pretty much says the Presidency will be out of reach for Romney or Santorum after they have destroyed each other… and that Repubs should focus on preserving their lead in Congress in order to compete against Obama for the next couple of years.

If I were to counsel the Democratic Party I’d say Obama is doing a great job right now in sticking up for the worker, defending his record, and pushing for reelection. That should continue.

There has to be focus put now on recovering the House and maintaining the Senate… and as long as the Repubs keep their focus on Birth Control, ultrasound for pregnant women seeking abortion and all the other non-jobs, non-economic crap they are playing with, we have a real chance of booting them out of office.

Frankly, I’d like to see more jobs, less unemployment, a single-payer health plan and so many of the things we NEED to deal with the 21st Century. And we have the candidates to do it.

Summary: It’s better to be the Diner than the Dinner.

Comments Off on What will be left after the Repubs finish eating each other?

Quote of the Week (or more) – How the GOP views contraception…

“Back in my day, they used Bayer aspirin for contraceptives. The gals put it between their knees and it wasn’t that costly.”

As someone said on television this morning, it’s the kind of quote you can hear over and over again and just not believe someone said it… and certainly not on the air.

If I were a woman, I wouldn’t live in Virginia…

Two days ago a couple of the strictist anti-birth control and abortion bills were passed by the predominantly Republican Virginia legislature and endorsed by their Republican governor.

According to CBS News:

“One bill, Republican Del. Bob Marshall‘s House bill 1, would define personhood at conception and “provides that unborn children at every stage of development enjoy all the rights, privileges, and immunities available to other persons, citizens, and residents of the Commonwealth.” The second bill requires that women be required to undergo an ultrasound procedure prior to having an abortion.

The personhood bill, which passed by 66-32 in the Virginia state House, does not ban abortions, the legality of which are protected under the Supreme Court decision Roe v. Wade. It would, however, make illegal certain types of contraceptive measures, including emergency contraception. Women’s health advocates say it could also open the door to banning birth control pills and intrauterine devices (IUD).”

This means that the unborn child, at every stage of development, has rights. For instance, at fertilization, any and all fertilized eggs may have the right to be tax deductions, thus shorting the state on money from taxes. And of course there are many more ludicrous circumstances.

It is the second bill which will cause the most anxiety to women. This bill has as

“its requirement that some women undergo a transvaginal ultrasound probe, which is considered more physically invasive than other procedures.

While the bill does not explicitly mandate the use of transvaginal ultrasounds, many women would inevitably be required to undergo them; in the early stages of pregnancy, that procedure is often the only form of ultrasound that can detect a fetus’ heartbeat.

Republicans argue that the ultrasound bill will protect women from complications during abortion procedures, and that providing a woman with the gestational age of the fetus is crucial to her “informed consent” to have an abortion.”

This is, of course, only a procedure designed to scare a woman away from an abortion, even if she has been illegally assaulted and become pregnant or if there is a medical danger in the pregnancy. Since, without her permission, any invasive technique is no better than rape itself.

Why is this man smiling?

Republican Governor Bob McDonnell (who looks like he’ll be the mighty Mitt’s choice for Veep) is expected to sign these bills when they hit his desk, making Virginia the first major bastion of Sexual Fascism.

An amendment designed to require the woman’s right to give permission for the invasive exam (promoted by a Democratic delegate) was voted down by 100% of the Republic delegates.

Ladies, get in the car and head for the border… and don’t look back

A quote for the day… another view of the Religion conflict

When did the 1st Amendment change from basically saying that you can practice whatever religion you want and you won’t be burned at the stake as a heretic and we’re not going to form or recognize a national religion like the Church of England? When did it change to “everyone everywhere has to do what a bunch of old catholics in funny hats wants, because otherwise it hurts their feelings?” And why does it only apply to certain religions? 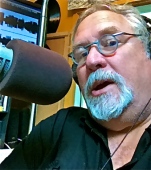 I’m not sure what the government is ready to do for non-religionists (like me). My thought is that they would be totally unconcerned with the beliefs of atheists (like the belief that women should control their own lives and have the absolute right to protect their bodies and maintain their reproductive activities… or reject them entirely.)

If you listened to the Republicans (mostly male) at C-PAC in their comments on opposition to birth control and abortion or maintenance of some religious beliefs applicable to EVERYONE, then you know who people like me can’t help to support and vote for.

Free birth control should be offered to all American women as a part of the 2010 Affordable Care Act, according to a new report from the Institute of Medicine (IOM). The report, released Tuesday, detailed services that should be classified as preventative medicine under the act and as such should be fully covered by insurers.

“… currently, nearly one in three women finds it difficult to pay for birth control, and that’s why the United States has a far higher unintended-pregnancy rate than other industrialized countries.”

Although this is likely to open up a can of worms, it is certainly worth considering.

The House has voted to bar Planned Parenthood. Don’t let them get away with it.

Did you hear? The House voted to bar Planned Parenthood from federal funding (this, of course was a Republican move.)

They cut funding for HIV tests, cancer screenings, birth control, and more, putting millions of women and families at risk. We can’t let it go unanswered. It’s time for you and me to stand with Planned Parenthood.

Sign the open letter to the reps who voted for this bill — and to the senators who still have a chance to stop it.
http://www.istandwithplannedparenthood.org