We hear so much about truth when talking about candidates’ statements…

… but is Obama/Biden or Romney Ryan the more truthful team? The Dems are the losers on lying… but the Republicans cannot seem to achieve overall truthfulness. Politifact evaluates their percentages of truthful expression as follows: 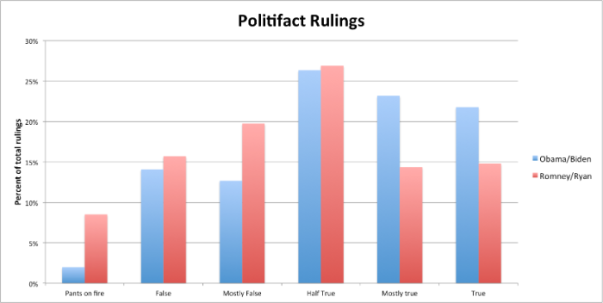 So if having candidates you can believe is important, then there is no question of which team to support.

I’m passing this on from walthe310 at Bell Book Candle: 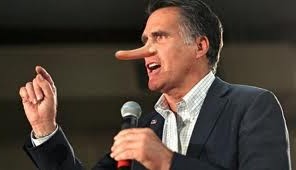 Mitt‘s lies are full of S—T.

That is a characterization of the content of his speeches, not of his person. To dramatize how Obama supporters view Mitt’s words, I propose that each of us mail a sample of Ex-Lax or equal to Mitt at this address:

If you agree that this a good idea, please reblog this message so that as many people as possible see it.

What a good idea! The press is being informed about this and the more who participate, the more fun we will all have. At the same time, make a cash equivalent donation to Obama’s campaign at www.barackobama.com.

When you send Mitt his present, write “EX-LAX for Mitt” on the outside of the package so that even if they don’t open it at the Romney campaign they will know what it is.  🙂

Comments Off on Ex-Lax for Mitt

So… do we all live in the same America? I don’t think so.

Cassy Zobel, a 34 year-old, white democrat who lives in Mckinney Texas, had a rude awakening Friday morning. Her neighbor rang her doorbell to alert her to the vandalism and blatant racism on her property.

Zobel found that someone had covered her Obama/Biden sign, displayed in her yard, with offensive graffiti on both front and back.

I find it interesting that our little suburban city was just named the 2nd best place to live in America. I suppose there should have been a caveat. “Best Place to Live If You’re A Bigoted White, Christian, Anti-Gay Person Who Doesn’t Support Our First African-American President And Hates Everyone Who Does”. That was probably too long a title, though.

One day we may become a country for everyone.

Did Jill Biden make a penis joke on Friday?

An awful lot of folks on line think so. Take a listen:

So seeing Joe up close has an interesting interpretation. What do you think?

Comments Off on Did Jill Biden make a penis joke on Friday?

Mitt Romney out of context…

President Obama’s campaign released a new video made up entirely out-of-context clips of Mitt Romney, intended to show how the Romney campaign’s attack on Obama’s 14 year old “redistribution” comment was unfair. The Romneyites have been releasing Obama’s old statements without including the complete context, thus making him criticizable. If the same thing is done to Romney, the results change the Republican’s entire campaign.

How Romney and Bain made a fortune by taking away jobs… and making the people they fired help with their own dismissal.

This is pathetic, but it is why we can’t trust one word Romney says about creating jobs, or the way businesses are going to create jobs.

Comments Off on How Romney and Bain made a fortune by taking away jobs… and making the people they fired help with their own dismissal.

How would you like to vote for a felon? 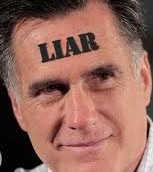 It looks like Mitt Romney told the SEC and the American people one thing about leaving Bain Capital, but actually did another. This seems to be a big deal.

Romney’s stated departure from the company in 1999 was convenient timing—supposedly absolving him of being responsible in any way for companies owned by Bain that went bankrupt or suffered massive layoffs afterward.

” Mitt Romney either lied in federal filings that show he worked at Bain Capital through 2002 and could be guilty of a felony, or has lied to the American people in saying he left the company in 1999. This is serious business.”

So, if Romney was still at Bain through 2002, he’d be politically responsible for the consequences of deals that the firm made through then… and this could include layoffs from companies Bain took over, or the exporting of jobs to China and India at a time Romney said he was not responsible for the company’s efforts.

The Boston Globe published a story Thursday that calls into question the timeline of Romney’s involvement of the firm that the Republican candidate has been promulgating for years. The Romney campaign ordered the Globe to retract the story. Today the Globe said it wouldn’t. A similar situation has occurred with the Washington Post.

Related articles (and this seems to be a big story all over the place):

Comments Off on How would you like to vote for a felon?

Morning Quote – So what should we know about Romney’s money?

“Americans need to ask themselves: why does an American businessman need a Swiss bank account and secretive investments like that?”

Oh, I see. We don’t really know how much he has or why he doesn’t invest it back in  America to help create jobs and to help the government with tax revenues.

As Joe Biden suggested the other day, we have never voted before for a candidate with off shore investment accounts and money in Swiss Banks.

Short, simple and full of truth:

Obama’s going to have to keep it up on Romney’s record, and this is a good start. 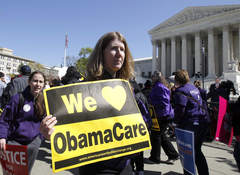 President Barack Obama’s campaign has embraced the term “Obamacare,” seeking to turn the negative name Republicans assigned to his healthcare reform effort into a positive branding tool just as the Supreme Court studies the law’s constitutionality.

“Happy birthday, Obamacare,” Jim Messina, the president’s campaign manager, wrote in an email to supporters last week to note the anniversary of the reform becoming law.

“If you’re tired of the other side throwing around that word like it’s an insult, then join me in sending a message that we’re proud of it,” he wrote.

While it may be a little late in getting around to this strategy, there’s a good chance it can work To help promote it, the Obama campaign  is reaching out with promoti0nal products:

Buttons with the same message go for $5.

I expect to be seeing these around soon… perhaps on me.