Wisconsin (unfortunately the state my son and his fiancee live in) will turn down $37 million from the federal government that had been awarded to help implement health care exchanges under President Barack Obama’s health care reform law, 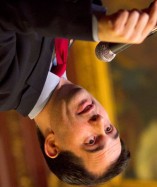 This is regarded as a purely political decision by a Governor who is currently facing a major recall petition (over one million signatures) to remove him from office.

The American Cancer Society is among many organizations commenting on the situation:

“A robust, consumer-friendly health exchange designed specifically for Wisconsin would greatly expand access to care to those who need it most, while preserving what already works. It’s unfortunate the (Walker) administration is deciding to ignore this reality.”

One would hope that Wisconsin could get this turkey out of office as soon as possible and elect someone who has the concerns of the citizens ahead of party.