← Here’s a video treat from ALL HAT NO CATTLE…
How do the candidates stand on America’s energy future? Here’s a radio piece from NCR →

We’ve had a lovely afternoon and evening at the American Conservation Film Festival.

We are in the four day period of the ACFF, now celebrating it’s 10th Anniversary of presenting conservation and nature support films here in Shepherdstown. 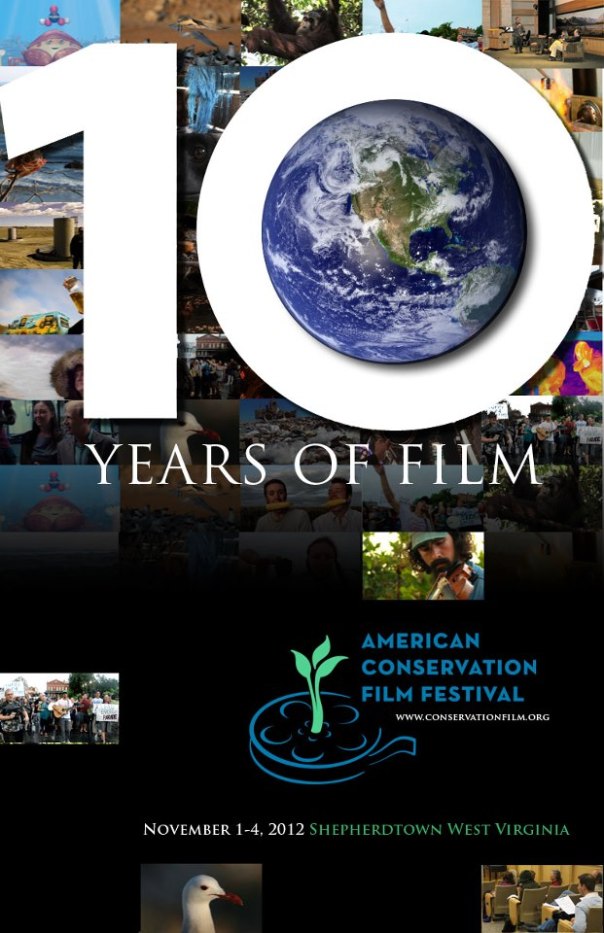 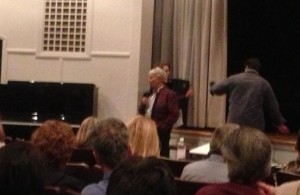 The most interesting to me was Marion Stoddart whose life and career spent saving the Nashua River was so well presented in the short film “The Work of 1000.”

Filmmaker Susan Edwards broached the subject Can one person truly make a difference? This film tells the inspiring story of how a remarkable woman saved a dying river–for herself, for the community and for future generations–and became an environmental hero honored by the United Nations.

Mrs Stoddart, now in her 80s spent decades getting a very polluted river clean… petitioning, demonstrating, approaching manufacturers and politicians directly, and getting her husband and children involved. Her live presentation with the audience was very involving. 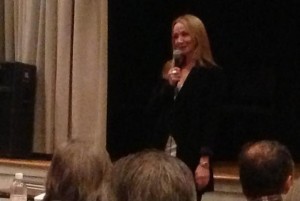 Our Nation’s River: A System on Edge  was the second film we saw this evening. Ten minutes long and made by Alexandra Cousteau, granddaughter of historic natural filmmaker Jaques Costeau. This piece was particularly meaningful for us, since it is about the Potomac River, the water body that forms our northern border and flows from us down to Washington DC.

Ms, Cousteau answered questions but also presented a discussion panel of professionals from the Nature Conservancy and the Potomac River Foundation.

The House was pretty full at Reynolds Hall, Shepherd University, with a number of standers who wanted to catch everything as well. Among the folks there tonight were most of the officers of Sustainable Shepherdstown (My wife is in that bunch, of course), our current State Delegate John Dolan whose work for us has been spectacular and who is leaving office at the end of the session. Steve Skinner, the Democratic candidate for Delegate who, hopefully, will take John’s place, was there as well. Both men realize the importance the Potomac is to our community. Of course, Republican Candidate Elliot Spitzer was NOT there this evening. Preserving our environment is just not a Republican issue… after all, don’t they all think that Climate Change is a joke?

← Here’s a video treat from ALL HAT NO CATTLE…
How do the candidates stand on America’s energy future? Here’s a radio piece from NCR →