Quote of the Day – The amusement of campaigns

“If somebody’s dumb enough to ask me to go to a political convention and say something, they’re gonna have to take what they get.”

Thanks, Clint. That makes it a lot clearer… and defines those who asked you to speak.

Comments Off on Quote of the Day – The amusement of campaigns

A Quote of the 20th Century: doesn’t it relate to Romney, candidate for the other 53%?

Let me tell you about the very rich. They are different from you and me. They possess and enjoy early, and it does something to them, makes them soft where we are hard, and cynical where we are trustful, in a way that, unless you were born rich, it is very difficult to understand. They think, deep in their hearts, that they are better than we are because we had to discover the compensations and refuges of life for ourselves. Even when they enter deep into our world or sink below us, they still think that they are better than we are. They are different.

Thanks to Realitychex.com and Constant Weader for posting this one. Things don’t seem to have changed in the past 76 years. Some folks never learn.

Comments Off on A Quote of the 20th Century: doesn’t it relate to Romney, candidate for the other 53%?

Reviewing the “junk” or “spam” that comes into this blog…

Every so often instead of just trashing the entries that Akismet builds up during the course of the say, I take a quick review of where this stuff is coming from. Since I average about 9,500 of these bothersome bits a month, reviewing them is pretty much a waste of time, but it tells me what some people out in the blogosphere are trying to do.

Who do these people think this blog serves? Why do they think I’ll post this stuff?

I’d like to think the posters are wasting their time, but since I am sure this garbage is being put out by some kind of automatic list pushed across the web, I doubt that they are taking up anyone’s time at all.

Thankfully, Akismet has a great memory for spammers and removes them immediately. I recommend it highly.

So Romney doesn’t care about half the country…

Mitt has been tripped up by an unplanned recording at a private and secret fundraiser among the very rich. This is what has caused attention in the press and has severely effected his ratings in the polls: 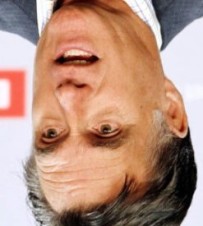 There are 47 percent of the people who will vote for the president no matter what. All right, there are 47 percent who are with him, who are dependent upon government, who believe that they are victims, who believe the government has a responsibility to care for them, who believe that they are entitled to health care, to food, to housing, to you-name-it. That that’s an entitlement. And the government should give it to them. And they will vote for this president no matter what…These are people who pay no income tax….[M]y job is is not to worry about those people. I’ll never convince them they should take personal responsibility and care for their lives.

According to the Washington Post, when you look at those Americans who don’t pay federal income taxes, 29% pay payroll taxes (of course, that is a direct tax on their income), and almost a quarter are elderly. For the most part they all work, and most are eligible for a federal tax credit for low-wage earners, a Republican idea created as an alternative to welfare. Perhaps Romney doesn’t know what his own party has created.

In the older population, the large quantity elderly white people and some of the white working class included in that 47 percent are the bedrock of the GOP base. When Romney rails against the “dependent,” Romney is talking about his older white base, which is dependent on Social Security and Medicare and doesn’t want either program touched. Both are his and Ryan’s major targets.

So once again, Romney has stepped in it and doesn’t even have a way to clean his foot off. If we get to the debates and he continues a similar performance, he will be kissing the election off.