Antietam National Battlefield announces the opening of a new museum exhibit room in the park visitor center. A ribbon cutting will take place on Friday, September 7 at 10:00 a.m.

The new exhibits highlight the impact of the battle on the nation that occurred 150 years ago… and the families that lived on the battlefield. The exhibit includes wartifacts and photographs of veterans returning for reunions and the creation of the park by the U.S. War Department. 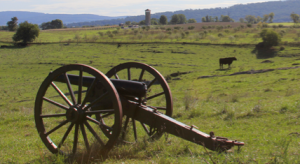 According to Park Superintendent Susan Trail:

“Sharpsburg was a farming community for one hundred years before the battle was fought. Now we are able to tell a broader story through the artifacts and images of those who lived here. We are extremely pleased to have our new exhibit opening just in time for the 150th Commemoration.”

Some of the artifacts that highlight the new exhibit include a gold watch owned by the Mumma family whose farm was destroyed in the battle; furniture from the Roulette farm; a hand carved headstone that marked a soldiers grave just after the battle; and numerous reunion medals and ribbons.

Romney confronts a gay veteran without realizing it…

Romney should have his people check out the people he talks with…but here in New Hampshire he finds a man who fought for his country in Viet Nam, who wants marriage equality between men and men and who finally admits he is gay and loves a man.

Romney comes across as a fool.

Why should any person be able to decide what someone else does with their lives? Why should Romney be able to make that decision for them? The result… these laws give Romney and the Republicans that kind of power.

Fact is, this was picked up by the news media and makes Romney look really uncaring:

Here’s someone who will effect the votes of others and there’s Romney… a fool.

Kal Penn Speaks to the convention…

Kal Penn who served for two years as Obama‘s representative to young people… he has done much more than make Harold and Kumar movies.

His speech was fun, but not carried on all the networks… so here it is:

Comments Off on Kal Penn Speaks to the convention…

What you remember from a convention makes a big difference.

Among all the very effective speakers at last night’s Democratic Convention – the most important being Michelle Obama who brought down the house – the one I remember the most was Stacy Lihn. 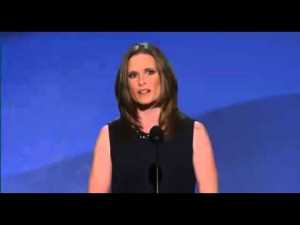 Lihn is mother to little Zoe Lihn, a child born with a congenital heart defect, who already has needed three open-heart surgeries which would, in all likelihood, push her close to, or past, her insurance company’s lifetime coverage limit. Lihn told the crowd that President Obama‘s health care reform law “is saving my daughter’s life,” and made it clear that if Mitt Romney is elected, and makes good on his promise to repeal Obamacare, the consequences for Zoe would be disastrous.

“Governor Romney says people like me were most excited about President Obama the day we voted for him. But that’s not true. Not even close. For me, there was the day the Affordable Care Act passed, and I no longer had to worry about getting Zoe the care she needed. There was a day the letter arrived from the insurance company saying our daughter’s lifetime cap had been lifted. There was the day the Supreme Court upheld Obamacare… And like so many moms with sick kids, I shed tears.”

Lihn went on to outline what Zoe’s future would be after the election of a Romney/Ryan ticket:

“If Mitt Romney becomes president, and Obamacare is repealed, there’s a good chance she’ll hit her lifetime cap. There’s no way we could afford to pay for all of the care she needs to survive. When you have a sick child, it’s always in the back of your mind and sometimes, in the front of your mind. On top of that, worrying that people would let an insurance company take away her health care just because of politics? One in one 100 children are born with a congenital heart defect. President Obama is fighting for them. He’s fighting for families like mine, and we need to fight for him.”

The audience’s response to Lihn and her family, who appeared next to her on the podium, was highly emotional and supportive. Certainly, this was a speech that everyone would remember when they think of Obamacare… I know I will.

Conventions are a lot like commercials for political positions and and, like commercials, help the voter determine which brand to buy. The big difference between Republicans and Democrats on this issue is that people will remember the major positions: The Republicans will dismantle Obamacare and cut Medicare and Medicaid using the money to afford tax cuts for the rich. The Democrats made it clear that if Republicans are elected a little girl will die.

How the Republicans deal with the actual results of their campaign goals can easily affect voters. There is no way they can make their cuts sound beneficial to sick children.