← Another set of facts necessary before listening to Republicans at their convention, thanks to Robert Reich…
Quote of the Day – Romney knows how people feel about him… →

This appeared on the web a couple of years ago… but it is worth re-reading:

From Pause Before Agreeing:

How Liberals and Progressives Lose The Debate By Understanding: 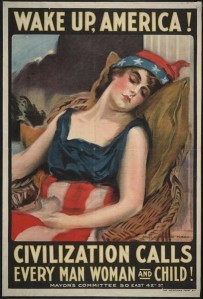 By attempting to use understanding, or to solely use reason to explain their political positions, Progressives, and Liberals loose the debate.

Radical Conservatives, are not trying to understand, they are using Righteous Passion to light the fires of their political rhetoric – the flames of which are meant to burn Progressives and Liberals as heretics at the stake.

Radical Conservatives seek nothing less than to dominate, and eliminate Progressive and Liberal thought from the discourse, in fact they are damn tired of talking and trying to understand; they want action, and they want it now.

Progressives and Liberals will lose this debate because they are trying to understand the world and how to safely fit everybody in it.

Radical Conservative do not suffer this discomfort, they don’t want you in their world, unless you change to fit in theirs, they will do everything in their power to eliminate you and your progressive ideas from even getting a seat at the table.

So… if you want to include everyone in our world, you are like me and other progressive/liberals. Wasn’t it the fascists who wanted to cut out people they didn’t agree with, much less understand them.

Posted on August 27, 2012, in editorial, Education, election, ethics, government, history, Legal, Opinion, Politics, quote, Warning, Word from Bill and tagged Conservatism, Conservative, Liberal, Liberalism, parties, Politics, Radical Conservative, Rhetoric. Bookmark the permalink. Comments Off on This appeared on the web a couple of years ago… but it is worth re-reading:.

← Another set of facts necessary before listening to Republicans at their convention, thanks to Robert Reich…
Quote of the Day – Romney knows how people feel about him… →