Is beard length a police department requirement or religious persecution?

An Orthodox Jew who was weeks away from becoming a New York City police officer says he has been kicked out of the police academy for refusing to trim his beard. 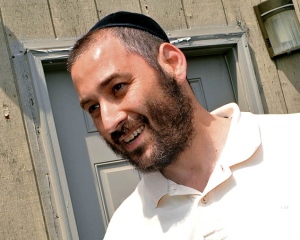 Former recruit Fishel Litzman of Monsey said he was fired on Friday after multiple confrontations with the department over the length of his beard.

“As an Orthodox Chasidic Jew it is absolutely forbidden in my religious beliefs to cut or trim my beard in any way.

“I am being disciplined only because I maintain my religious beliefs and observances.”

According to the NYPD, Litzman had been notified about the beard on two other occasions. Although he rocked the police tests with scores of 99, 100 and 96, he also got written up for minor mistakes like being in the locker room too early and forgetting his gym gear.

Isaac Abraham, an activist in Brooklyn’s Hasidic communities, said it was a shame that allowances couldn’t be made for Litzman’s beard. The NYPD’s chief spokesman insisted they made every attempt to accommodate Litzman.

Litzman’s lawyer, Nathan Lewin, is convinced it is religious discrimination:

“They knew from when he took the exam and applied that he would not trim his beard. He said from the outset it was a matter of religious observance. He never made a secret of it.”

Comments Off on Is beard length a police department requirement or religious persecution?

… and now they want to see to it that Catherine Greig, 61 year old girlfriend to the 82 year old Bulger, is sentenced to 10 years for harboring a fugitive and a number of other charges. Although the charges Greig faces could result in a maximum of 15 years in prison, prosecutors have said she could get as little as 32 months. The prosecution recommended a longer prison term and asked that Greig pay a $150,000 fine.

Bulger, who gained his reputation as head of Boston’s Winter Hill Gang, was captured last year and has yet to be brought to Federal Court. He had covered his tracks during his career by working as an FBI informant, but used the information he gained in that role to commit a number of murders of his competitors in the crime world. He fled in late 1994 when an FBI agent told him he was about to be indicted.

According to prosecutors, Bulger and Greig spent the first year on the run posing as a married couple, traveling to Chicago, New York and Louisiana. They settled in Santa Monica, where they lived in a rent-controlled apartment not far from the Pacific Ocean. Behind a secret wall in the two-bedroom apartment, Bulger stashed 30 weapons and more than $820,000 in cash.

… and I bought a copy yesterday at my favorite bookstore (The Four Seasons, in Shepherdstown WV). I have to admit I received a discount since I had a $5.00 certificate which I won playing a riddle quiz on WSHC on Thursday morning, but I would have bought it anyway. 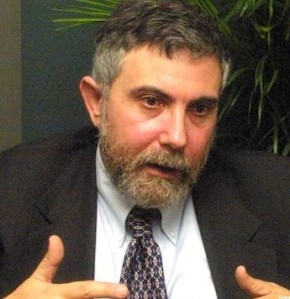 Krugman thinks the country’s economic problems are solvable, and he uses his book to lead us to the solutions.

“We didn’t have a plague of locusts, we were not hit by a tsunami, there wasn’t some act of God that created this terrible situation. It was acts of man.”

…Krugman said yesterday to a Netroots Nation conference in Rhode island. he also commented on the NY Times reception of his book:

“The New York Times Book Review is run by Sam Tanenhaus, who is very much a neocon, and makes a point whenever a progressive comes out with a book to find someone who will attack it. It’s not really an attack, but the reviewer is shocked at the lack of respect I show for ‘highly respected people,’ I think he uses that phrase.”

Another thing Krugman said, which may show up on my Quotes of the Decade series:

“If you don’t know multiple people who are suffering, then you must be living in a very rarefied environment… you must be maybe a member of the Romney clan, or something.”

Quotes of the Decade – A New Series

“This is certainly the most anti-business administration since the Carter years. At least you can say this for President Carter, he was largely incompetent. This administration has actually done a lot of damage to the country.”

And, of course, this was the Administration that saved and revived GM, that cut the amount of Government Spending in relation to it’s income (something Bush and the Republicans never did), and who at least started to increase employment, rather than shoot it into the sewer as in the 8 years preceeding his presidency.
Yet McConnell is listened to with sincere attention by the Press.
This is the same McConnell whose most famous quote this decade was:

“The single most important thing we want to achieve is for President Obama to be a one-term president.”

…and this lack of cooperation started on day one of Obama’s presidency… and persists to this day.