Keith Olbermann’s show brought up the relationship between the Debt Ceiling battle and the 14th Amendment.

Keith brought up and interviewed a couple of people on the 14th Amendment’s specific requirements of meeting all National debts on his program tonight… something that hasn’t been mentioned in any other budget discussions of late.

Section 4 of the 14th Amendment to the U.S. Constitution (You know – that document that the Tea Party says everything has to be based on?) confirmed the legitimacy of all United States public debt legislated by the Congress.

In Perry v. United States (1935), the Supreme Court ruled that voiding a United States government bond (ie: a debt… like the National Debt…or like the cause of our current deficit) “went beyond the congressional power” on account of Section 4.

Let’s see if Obama will use this instead of giving in to Republicans again.

Comments Off on Keith Olbermann’s show brought up the relationship between the Debt Ceiling battle and the 14th Amendment.

Why aren’t they prosecuting Whitey for EVERYTHING?

Who says the elusive Bulger still has no influence in Boston?

The Federal prosecutors have moved to drop a 1994 racketeering indictment against mob boss “Whitey” Bulger including charges of extortion, loan sharking, witness tampering and conspiracy.

U.S. Attorney Carmen Ortiz says prosecutors consider a later 1999 indictment charging Bulger with 19 murders the stronger case, since faces life in prison on those charges. Doesn’t he also face life if you add the other charges? Maybe several lives.

Why take a chance with a guy who already eluded them for 16 years?

So, if you want to see if I get through or not (which always seems questionable) go  HERE to  BlogTalk Radio. 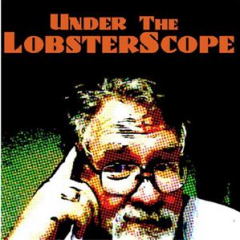 If you miss it, the recording will be at BlogTalkRadio, HERE .

Success, Success! I only did about 15 minutes since I was testing out the iPhone and connections, but it worked.

I’ll plan bigger and better for next Tuesday.