Now that Osama bin Laden is dead, who was responsible for the act? Obama? Hardly likely.

As revealed in Talking Points Memo:

Also on Fox News, Bush’s one-time Chief of Staff Andrew Card claimed his former boss “made sure that everything was in place so that President Obama could have an opportunity to — to get Osama bin Laden, and it finally happened.”

Perhaps we shouldn’t forget who Accomplished the Mission those many years ago… Oh, wait, that was in Iraq looking for weapons of Mass Destruction. Nothing to do with bin Laden. Sorry.

Los Angeles County coroners are trying to confirm that a badly decomposed body found in the home of former Playboy Playmate and B-movie actress Yvette Vickers is hers.

The body appeared to have gone undiscovered for an unknown period of time – anywhere from several months to a year – and investigators weren’t able to determine if it was the remains of a man or woman, Assistant Chief Coroner Ed Winter said.

Cover of Attack of the Giant Leeches

The 82-year-old Vickers had appeared in cult movies such as “Attack of the 50 Foot Woman” and “Attack of the Giant Leeches.” The voluptuous blonde was Playboy’s Playmate of the Month in July 1959.

A neighbor remembered her as an elegant woman with flowing blond hair and “a warm smile.”

See if you can spot her in this clip from Attack Of The 50 FT Woman:

Today was my first UTL Podcast…

This morning at 10AM, the Under The LobsterScope half-hour podcast went live for the first time. I admit it was AWFUL, not AWESOME… but this was my first time.

It will get better, though. When it gets really good I’ll submit it to iTunes which will make it much easier for you to pick up.

Come back next Tuesday (and every Tuesday) at 10 AM and hear the improvements. Call in if you want to.

Meanwhile: you can click on my name or picture below and play the “On Demand” recording of this morning’s Podcast. 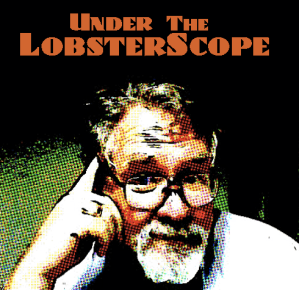 Listen to internet radio with BillTchakirides on Blog Talk Radio

btw: I’d appreciate comments (or e-mail if you want to click on the mailbox) and suggestions from you. Listeners always know more than producers.

Comments Off on Today was my first UTL Podcast…

On the appropriateness of celebration…

There has now been a day to ponder the responses of the killing of bin Laden which, let me assure you, I think was an important and rightful act.

I am bothered, however, by the New Year’s Eve-style celebrations which went on for hours after the announcement: delerious street dancing, people wrapping themselves in flags, yelling and screaming… I would have expected something much more somber. I would have expected candles, thoughtful silence,

remembrance of so many lost in the name of getting this one man.

I’ve been reading blogs, watching television, flipping through the newspapers and listening to radio for 24 hours or so (about half of which I was disconnected from the internet thanks to my friends at Frontier… boy, these guys are driving me to the Hughes Network) and finding there were a lot of people who also thought the party-like atmosphere 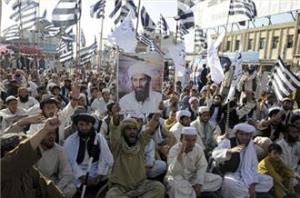 made us seem as bad as Al Qaida, who did the same kind of thing after the twin towers went down. I had hoped we would be better than that, but I should know from experience that we, as a people, are easily tipped into emotional release.

Having had the day to think about everything I hope folks will be a little more reflective today. This, of course, means different things to different people. I spent five minutes switching from CSPAN‘s Morning Edition, Morning Joe, Fox News and CNN and each had their own perspective. CSPAN was taking calls from the public… at least two who were pushing the idea that 1.) bin Laden was not dead, but we really had scooted him off for secret interrogation without the rest of the world knowing about it, and  2.) that he has been dead for a couple of years and we have been keeping him on ice so Obama could stage this event in order to get reelected. In their usual reluctance to comment or get in the way of the craziest responses, CSPAN just let it go by with a “Thank You.”

Fox seemed to be devoting the morning to making sure there was plenty of focus on George W. Bush whose plans were in place to be carried out by Obama… plus repeated videos of Bush with megaphone at the 9/11 site, Bush doing the “Dead or Alive” speech, etc. Damned little focus on Obama.

Dinner the night before the attack and the one bin Laden joke he made… which the President did a deep laugh at… we know now that he knew what was about to go on in Pakistan and he kept it in unleaked control.

Morning Joe had the usual mix of conservatives and liberals and CNN was more concerned with a troop of missing boy scouts and massive flooding in Cairo, IL. Their Obama thoughts ran as a tickertape stream at the bottom of the screen.

Frankly, I’m going to start reviewing the “what do we do next” scenarios… with a certain amount of hope that we MAY no longer need to be in Afghanistan – that it becomes the new Iraq, the war that we have no reason to be in. I don’t really believe it will happen… after all we still have thousands of folks still in Iraq. If we could only get away from the need to be an empire!

I’ll comment on what I find later. Have a nice day.

Internet was out in much of Jefferson County for 12+ hours…

… and wasn’t on at 4:00 AM when I couldn’t sleep. I dropped off listening to a previously recorded podcast of Science Friday… when I woke up again at 6:00 we had a connection.

I’m going to have to catch up on a lot of e-mail… be posting soon.