And it begins again… this time in the Senate

As I settled in this afternoon awaiting a coming ice storm (the first of these just missed us last night) and curious about what’s going on in Egypt where around 2 million people were demonstrating today for Hosni Mubarak‘s resignation (in a speech this afternoon he said he would not run for reelection and would be out of office by the Fall… as you might guess, this does not seem good enough for the demonstrators who want him out now) I wondered what was happening on C-Span 2. 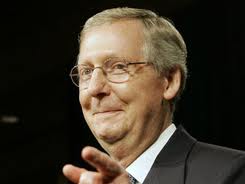 I thought I’d watch the Senate debate the FAA Funding Bill and what do you think happened? Senate Republicans have attempted to repeal last year’s sweeping health care law via an amendment to a FAA funding, proposed by the beloved Minority Leader Mitch McConnell (R-Ky.) Not since the Earth’s creation some 6000+ years ago, when men and dinosaurs peaceably shared the world, have I heard such idiocy. 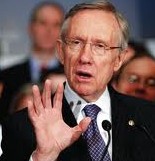 So, instead of solving the major problem of supporting and improving Airline regulations, we are listening to Republicans tell us that most Americans are opposed to the Health Care law (although recent polls indicate that an average of 80% of those Americans DON”T WANT IT REPEALED!) They are adamant that 50 million people who became covered due to parts of the Affordable Care Act should be dropped from coverage… and at the same time they will continue to waste our time and money with this kind of folderol. I thought Harry Reid was going to keep this crap off the floor.

I guess this is going to be Mitch’s strategy… no matter what bill is proposed, Mitch will see to it that an amendment to repeal Health Care will be included. And we will look on in disbelief. Maybe we need 2 million Americans to stand outside of Congress until Mitch and his pals decide to take an early vacation.