Cartoon(s) of the Week – A Time of Standards 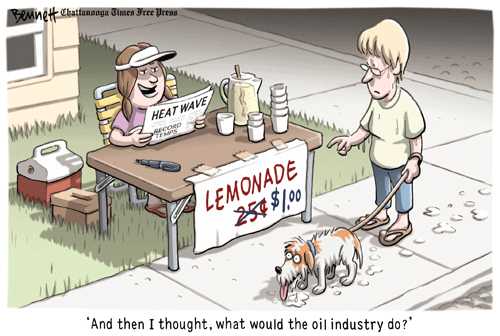 The Oil Industry: our Marketing Standard! 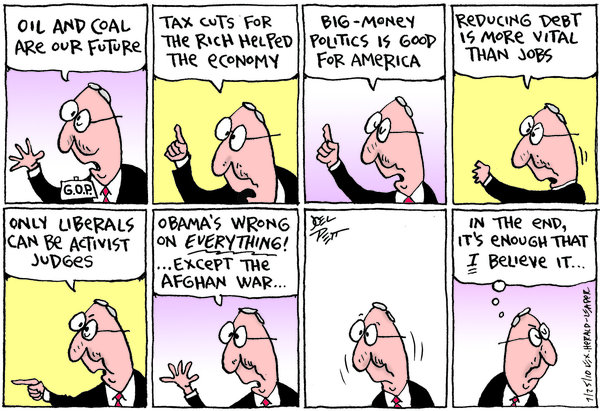 The G.O.P., our Political Standard!

Maury Chaykin died in Toronto, where he lived,  on July 27, 2010, from complications of a heart valve infection. It was his 61st Birthday.

I told this to my wife, who had attended the State University of New York at Buffalo with him in the early 70s. “Oh, no!” she said. She had been part of a crowd at UB that Chaykin was in, dated his roommate. She told me that Chaykin had been part of a four person theatre group (along with Dougy, who she dated, the really pretty girl whose name she couldn’t remember and Duffy, the one who everyone thought was going to be the real star.)

This made me think that we are entering a time in  our lives when more and more people that we used to know in college and elsewhere will start dying off… my wife thought it was time to put together her “bucket list” (a phrase I didn’t know… but apparently what she wants to do before she “kicks the bucket”.)

Chaykin had a 35 year career with lots of movies and TV roles (Nero Stout stands out as one of his few leads).

I found this recent photograph of Chaykin in the Toronto obituary… does not look so hot, but I guess he had been somewhat sick for a while. Certainly seems to have lost a lot of weight.

Comments Off on Maury Chaykin Dead at 61

I was battling an oncoming cold yesterday and, thanks to NyQuil, I slept off the sneezing and itchy eyes. This morning I feel a lot better. Getting up at 6:00 AM on Saturday is a little earlier than I’d like… so I’m watching Freddie Bartholomew play David Copperfield on Turner Classic Movies… something I haven’t seen in quite a while.

Seeing Basil Rathbone, a young Arthur Treacher (in a tiny, uncredited, evil cameo), W.C. Fields and Elsa Lanchester is delightful. Lenox Pawle’s Mr. Wick is more fun than I remembered. Easily, the weakest of the players is young Freddie himself… but he is not hard to put up with.

And the cry “Janet! Donkeys!” from Edna May Oliver rings in my ears.

Comments Off on Saturday Morning